Recent reporting in the Sunday Times, January 13th 2019, highlights a high profile death and psychiatric issues in another patient.

YF vaccination is generally considered safe provided other clinical consideration such as immunosuppression are considered. Deaths are rare. Those aged over 60 have a fourfold increase in risks see below.

YF itself can cause an illness that results in jaundice (yellowing of the skin and eyes) and bleeding with severe damage to the major organs (e.g. liver, kidneys and heart). The mortality rate is high in those who develop severe disease.

Yellow fever vaccination and certification is required in many countries to allow entry. Yellow fever risk is prevalent in in sub-Saharan Africa Yellow and South America. Travel clinicians will advise further regarding location and risk. Yellow Fever virus is transmitted by mosquitoes and there are two methods to reduce the risk of catching the disease.

The 17D strain virus YF vaccine has been in use for more than 70 years. It is estimated that 500 million doses of the vaccine have been administered worldwide. Reactions to YF vaccine are usually mild and short lived. They include myalgia (muscle pain), headache, and low-grade fever, typically occurring during the first five to ten days post vaccination and will affect 10-30% of recipients. Serious adverse events are rare and fall into three main categories: hypersensitivity reactions, vaccine-associated neurologic disease (YEL-AND) and vaccine-associated viscerotropic disease (YEL-AVD).

The vaccine is propagated in chick embryos. The SPC for Stamaril® (the only YF vaccine used in the UK) lists sorbitol and lactose as excipients. Anaphylaxis, because of sensitivity to either egg or other vaccine components, is estimated to occur at an incidence of 1.3 cases/100,000 doses distributed (US data).

Post-vaccine encephalitis has been recognised as a rare event since the early use of the vaccine. Cases were reported in very young infants during the 1950s (when there was no age restriction for vaccine administration). In the 1960s, when vaccine use was restricted to babies aged over six months, reduced numbers of post vaccine encephalitis were reported. Since 2001, a new pattern of neurologic adverse events (undesirable effects on the nervous system) has been recognised. These events have been termed YF vaccine-associated neurologic disease (YEL-AND); Reporting rates are estimated to be 0.8 cases per 100,000 doses distributed (US data). The rates increased with increasing age (see below).The clinical presentation of neurologic events begins two to 56 days following receipt of vaccine (US data), with fever and headache that can progress to encephalitis (inflammation of the brain), or an autoimmune demyelinating disease (a disorder that can interrupt nerve transmission) with peripheral or central nervous involvement. Most patients will completely recover. Almost all cases have occurred in those receiving the vaccine for the first time with no underlying YF immunity.

YF vaccine-associated viscerotropic disease (YEL-AVD) is a syndrome of fever and multi-organ failure that resembles severe YF disease; it was first described in 2001; over 100 confirmed and suspected cases have been reported worldwide. Three cases have been reported in the United Kingdom, one in 1998 and two in 2000; all the UK cases survived. One to eighteen days (median four days) following vaccination, patients with YEL-AVD develop fever, malaise, headache, and myalgia that progress to hepatitis (inflammation of the liver), hypotension (low blood pressure), and multi-organ failure. Death has occurred in more than 60 percent of reported cases worldwide. In the US, the case-fatality ratio for all reported YEL-AVD cases is approximately 46 percent. All reported cases of YEL-AVD have occurred in first-time vaccine recipients.YEL-AVD has been estimated to be reported in 0.3 cases per 100,000 doses distributed (US data). The rates increased with increasing age (see below).

For individuals who are aged 60 years and older, the risk for these serious adverse events increases several fold to approximately 2.2 cases per 100,000 doses distributed for YEL-AND. For YEL-AVD the risk for those who are 60 years and older is 1.2 cases per 100,000 doses distributed and higher for those who are 70 years and older (US data). Advancing age (i.e. aged over 60 years) is, therefore a risk factor when considering YF vaccination; vaccine can be offered after careful risk assessment.

Additional documented risk factors for serious adverse events following YF vaccination are thymus disorder and thymectomy following a thymus disorder; YF vaccine should never be given to individuals with this medical history. There is no evidence that YEL-AVD is related to the vaccine virus reverting to a more virulent form (i.e. a form able to cause disease). Rather, these patterns of serious adverse events appear to be host-related (related to the individual vaccinated). Host risk factors such as genetic control of inflammation, are being actively investigated, but it is clear that those with existing thymus disease and older adults are at more risk. 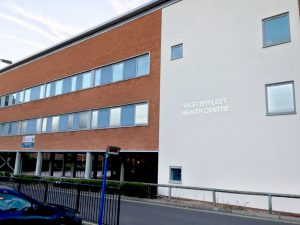